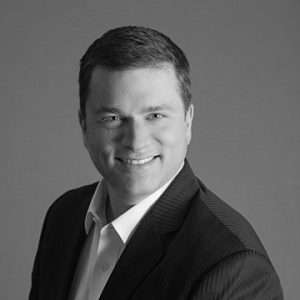 Recognized by Inman News as one of the “Top 100 Most Influential People in Real Estate” he continuously works to expand the boundaries of traditional industry thinking.  Cameron has authored a number of real estate white papers highlighting areas for potential industry collaboration and in 2014 created the Broker Public Portal concept of a single, nationally competitive, industry friendly public website.  Launched in 2017, the face of the Broker Public Portal is Homesnap.

With his diverse experience, Cameron brings a unique perspective to organized real estate. After graduating from Hamilton College with a degree in American History, he lived and worked in New York City in sales and marketing.  He moved to San Francisco for a once-in-a-lifetime opportunity to perform with the internationally renowned ensemble Chanticleer, and in 1999 became a GRAMMY® award winning artist for his work on the album Colors of Love.  After several years in Florida heading up the Bonita Springs-Estero Association of Realtors, Cameron became the founding CEO of the newly created Connecticut MLS in 2006, then in 2017 engineered a successful merger with to create one of the twenty largest MLSs in the United States.

Cameron enjoys traveling and lives on the Connecticut shoreline with his wife and twelve year old daughter.